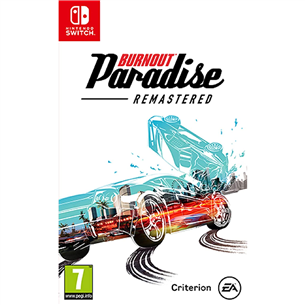 In 2008, the original Burnout Paradise™ came roaring off the starting line ready to demolish the competition. Featuring breakneck racing, high-flying stunts, and — most importantly — shameless amounts of automotive destruction, Burnout Paradise set the bar for what an action racing game could be. And now, ten years later, it's back and ready to show a new generation of consoles the true definition of a “smash hit.”